Comorbid Disorders: ADHD is often not the only diagnosis to consider 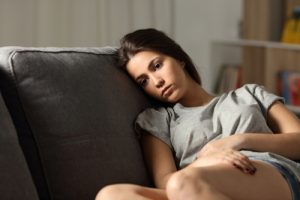 It’s is also important to consider the other disorders a person may have at the same time as ADHD. These coexisting disorders can influence symptom severity and type, and subsequently related impairments. For example, a study found that in comparison to 24 patients with ADHD alone, 31 patients with ADHD who were also diagnosed with Oppositional Defiant Disorder (ODD; a pattern of angry/irritable mood, argumentative/defiant behaviour, or vindictiveness) demonstrated higher levels of depression and anxiety. These patients also demonstrated greater psychosocial impairments such as issues in their relationships with friends and school refusal. Similarly, another study highlighted that people who had ADHD and Posttraumatic Stress Disorder (PTSD) had higher levels of anxiety, school impairment and poorer social functioning in comparison to other people with only ADHD. These results suggest that having a comorbid condition with ADHD can be associated with an increased intensity of their symptoms and impairments. This can have ramifications for clinicians to implement effective treatment and strategies for a person, as treatment complexity increases when treating more than just ADHD alone.

Common comorbid disorders with ADHD include:

1. Anxiety disorders - involving feelings of excessive fear, anxiety or worry for a period of time. Comorbidity ranges from 10 – 50%.

4. Conduct Disorder (CD) – a pattern of behaviour in which the basic rights of others or major age- inappropriate societal norms or rules are violated (i.e. physically violence).

Comorbidity with ADHD ranges from 45 – 84% for ODD alone or with CD.

6. Obsessive-Compulsive Disorder (OCD) – presence of obsessions, compulsions, or both. Comorbidity with ADHD ranges from 3-5%.

7. Tic Disorders – involving sudden, rapid, recurrent, nonrhythmic motor movement or vocalisation. Comorbid with ADHD; little to no evidence however 25 – 85% of people with Tourette’s Syndrome (Tic Disorder) will also have ADHD.

8. Autistic Spectrum Disorders – persistent deficits in social communication and social interaction across multiple contexts. Comorbidity with ADHD; little to no evidence however 26 – 59% of people with autistic spectrum disorder will also have ADHD.