The causes of ADHD have been explored increasingly over the past few decades, however still remain quite poorly understood. In order to understand the research it is important to understand that just because research may find a consistent relationship between two factors, doesn't mean that one factor caused the other. Unfortunately this is the state of most human research, where we cannot inflict upon children ethically certain factors to see if it develops into ADHD. Animal studies can shed some light on these factors, however the human condition is far more complex. Some of the most interesting research coming from ADHD research at the moment is in brain scanning, particularly functional brain scanning that can look at the brain in real time whilst performing tasks of attention. This research is trying to pinpoint regions of the brain and aspects of neurophysiology involved in creating the symptoms of ADHD. At BrainX ADHD Clinics we are involved in the analysis of Quantitiave EEG in different subtypes of ADHD, to try and pinpont whether certain neurophysiological profiles can be used to predict and diagnose ADHD in a more concrete and objective manner than a list of symptoms.

Evidence for genetic causes of ADHD 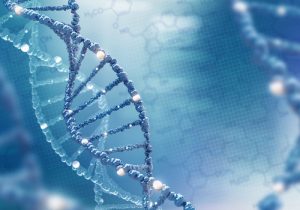 Anyone working with families with ADHD can clearly see that there is a strong genetic influence. This is supported by the scientific research. Research has shown that if a child has ADHD, 25% of first-degree relatives are also likely to have ADHD, placing them at around 5x increased risk than the non-ADHD population. Twin studies show even strong evidence with identical twins 70-90% likely to also be diagnosed with ADHD. Non-identical twin studies show an incidence of around 30%, only slightly higher than that of a first degree relative. What was interesting from these genetic studies was that family environment played almost no role in the incidence of ADHD, which means that bad parenting cannot be used as a mean of blame for parents with children with ADHD.

Evidence for brain-based causes of ADHD 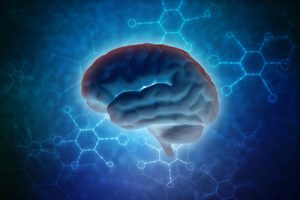 There has been a long held belief going back hundreds of years that ADHD is related to some level of brain-based dysfunction. Going back hundreds of years there have been many noteable similarities between people with ADHD and people who have sustained brain injuries to their frontal lobes. The frontal lobes have long been known to be associated with executive functioning and behavioural control. People with frontal lobe damage have been shown to have issues with impulse control and executive functioning, leading to researchers suggesting that people with ADHD may have suffered some early insults to the frontal lobe, even in utero. Many researchers suggested this may be due to either a blow to the head, or even an infection like encephalitis or meningitis. However, as researchers looked into this it was evident that the vast majority of children with ADHD did not have any of these infections or insults, and whilst pregnancy &/or birth complications were more prevalent in people with ADHD, they couldn't certainly account for the majority. As scan have shown that few people actually have any tissue damage, altenative causes to brain disruption needed to be looked into.

Environmental factors such as drugs consumed during pregnancy can create abnormal brain development that have symptoms seen in ADHD. Studies into cigarettes and alcohol use during pregnancy have shown increased risk of an ADHD diagnosis. It is however noted that this association may not just be due to the substances causing the issues, but there may genetic factors contributing both to increased drinking and increased risk of inheritance. Exposure to lead can also place children at higher risk for ADHD, however again this is only a minor factor in the overall cause of ADHD as lead exposure is relatively rare these days and ADHD rates certainly are not dropping.

Several meta-analyses have been done looking at the development of brain regions in people with ADHD and the following is a summary of these studies: 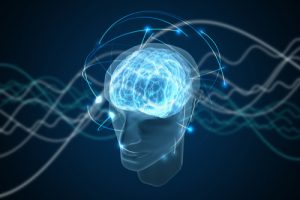 Many studies have measured brain activity in people with ADHD, and consistently issues have been found in the frontal lobes. Research shows that on EEG (the type of brain scan we offer at the BrainX ADHD Clinic), there is an excess of slow wave activity (usually associated with sleep or srwosy states), particularly in the frontal lobes. When looking at fast wave activity, often associated with thinking and reasoning skills, people with ADHD typically have lower levels. Stimulant medications have in many children with ADHD been shown to supress much of this slow wave and activity and activate the brain at higher levels. This is suggested to be the reason why stimulants can create anxiety and tics in some people on high levels of stimulants, as both anxiety and tic disorders have been associated with too much fast-wave. Neurofeedback protocols to inhibit slow wave and activate beta waves (fast wave) have been show in research since 1976 to be able to have affects similiar to stimulants in enhancing attention, but without the negative side effects. After over 40 years of research into neurofeedback and ADHD, neurofeedback has become recognised as one of the major therapies in the field.

It is thought however that high levels of slow wave or low levels of fast-wave (particularly the theta/beta ratio) represents only one EEG subtype of ADHD, and that perhaps ADHD diagnosis could be better informed by looking specifically at what sort of EEG or brain activity abnormalities are present. For exmaple, a study in 2012 found that a staggering 30% of their ADHD sample had epileptiform activity (whilst showing no outward signs of epilepsy).

Studies looking at blood flow in people with ADHD have also been conducted. Like the reduced brain activity on EEG in the frontal lobes, researchers have also found that children with ADHD have reduced blood flow in the frontal lobes as well as the caudate nucleus. Given the findings that the striatum (part of the caudate nucleus) is smaller in children with ADHD, and this structure in involved in attention and response inhibition, it is unsurprising that there is less blood flow and these regions are not functioning optimally. When these children are medicated it has been shown that blood flow increases to these regions, further supporting evidence of the importance of abnormal functioning of these regions in children and adults with ADHD. 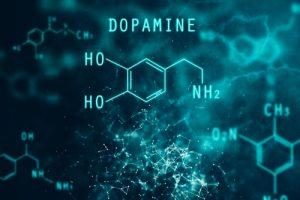 Some researchers have suggested that children with ADHD may have differences in brain neurotransmitters. The brain cells, known as neurons, communicate both via electrical firing and chemical interactions between neurons. Neurotransmitters are the chemical means by which neurons comminicate. Unfortunately these hypotheses are hard to test and it isn't exactly ethical to stick needles into the brains of children and adults with ADHD and test for these neurotransmitters. Most evidence is based on animal sudies. For example, when dopamine is reduced in animals these animals can become quite hyperactive, and stimulant medicates have been shown to help these animals.The minimal evidence that does exist seems to be potentially pointing towards dopamine and possibly norepinephrine. 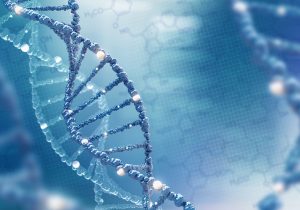 Attention-deficit/hyperactivity disorder (ADHD) is a complicated neurodevelopmental disorder with high heritability. A study published in Feb 2018 in China explored the association of PIK3CG gene single nucleotide polymorphisms (SNP) with ADHD in children and the relation of interaction between SNPs and environmental factors, including blood lead levels (BLLs) and feeding style. A case-control study was… 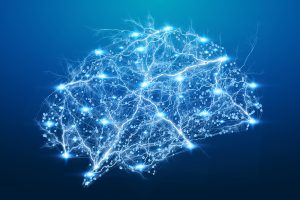 A 2017 study by Hoogman and colleagues aimed to help improve understanding of ADHD, and challenge beliefs that this disorder is a label for difficult children or the result of poor parenting. The study measured differences in the brain structure of 3,242 people either with or without a diagnosis of ADHD, all aged between four…