Sleep issues have been shown to be highly prevalent in both children with ADHD as well as adults with ADHD. Many people with ADHD struggle to fall asleep, have many night time wakings, and often wake feeling groggy.

As we all know too well anyone's sleep can be affected by a racing mind or a body that just feels too filed with energy. For a child or adult with ADHD, particularly those with the hyperactive symptoms, these issues can really affect peoples lives extremely, as it can affect how well these problems can be treated. That is, if someone isn't getting a good nights sleep it doesn't matter how much therapy you do, the symptoms tend to persist, and if taking medication, can even get worse.

At our centre if we see sleep issues we tend to treat these as one of the highest priorities as often as sleep improves with time, so do the ADHD symptoms of inattention. We find that many people treating ADHD can overlook sleep, but there is no doubt that sleep is getting more and more recognised as a major factor affecting attention, not just in people with ADHD, but more globally in the general population.

About three-fourths of all adults with ADHD report problems shutting their mind down in order to be able to fall asleep easily. Many describe themselves as nocturnal and find that their energy increases the later it gets. Issues with a racing mind at night can get diagnosed as 'anxiety' and the root cause in both ADHD and anxiety in regards to brain neurophysiology is often similar, resulting in these two issues co-occurring. That is, for many people with ADHD they have brainwaves that are slightly too fast, and the symptoms of this excessive fast-wave are both a racing mind that is easily distracted as well as anxiety (if the thought turns to worries about the future). To treat this racing mind it is important to teach the brain to calm itself. This is why SMR neurofeedback and relaxation techniques like meditation (which increases slower brainwaves) have both been extremely helpful in helping with this sleep onset disorder.

Research has found that 10 -15 % of children with ADHD have trouble getting to sleep, which is twice the prevalence of neurotypical children. This percentage increases with age: 50% of teenagers with ADHD have difficulty falling asleep, and up to 70% by age 30.

2. Restless Sleep: Moving around, waking in the night, and not getting deep enough sleep

When people with ADHD finally do fall asleep, their sleep can be highly restless and not as deep and refreshing as needed. They can toss and turn, with some even talking and walking in their sleep. They may awaken at slight noises, and feel like they are not getting into the deepest level of sleep. with children parents often complain that if they share a bed they are getting constantly kicked, and with adults, their partners may refuse to sleep in the same bed as they find their own sleep getting affected. One of the main things noted is that upon waking these people don't feel fully fresh.

Many people with ADHD can wake multiple times in the night, finally falling into a very deep sleep that they struggle to wake from. It can be so deep that they can even sleep through the alarm, and for parents trying to get their kids up and going, it can be a nightmare argument every morning. Many families can run late to school because of these ADHD children. 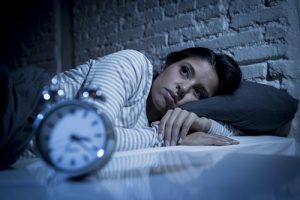 The key to getting a good night sleep is something called “sleep hygiene”. Sleep hygiene is all about improving things that help people get to sleep and remain sleeping, by using techiques that are highly personalised for each type of persons sleep issues. People can have very different types of sleep issues and can respond… 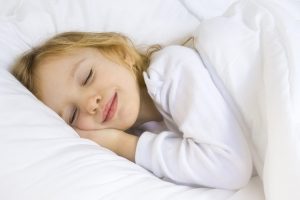 Sleep problems are not included in the diagnostic criteria of ADHD, however are extremely common. The presence of sleep issues has been associated with worsening of ADHD symptoms and poorer functional outcomes. A study by Eyuboglu and Eyuboglu in February 2018 looked at 83 children with ADHD compared to 106 controls. Sleep issues were significantly…