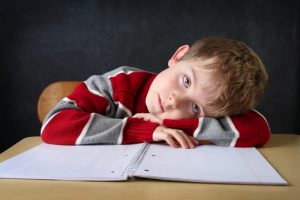 Many people do not understand that ADHD is a developmental disorder. That is, the symptoms need to be present in childhood, and they do not suddenly present out of the blue. If you have a child that has very neurotypical (normal) behaviour and then all of a sudden presents with symptoms of inattention or hyperactivity, it is vital that you rule out possible causes for this. For example, has the child's sleep changed, have they had any emotional issues, has there been any trauma or change in circumstance (like moving house or schools)? Have there been any changes in diet? Has there been a death in the family or separation? Has there been a knock to the head or loss of consciousness? Do they suddenly seem to stare into space and seem unresponsive? Do they complain their vision is blurry? Do they seem to suddenly have issues with hearing, especially when there is background noise? To make a proper diagnosis it is essential that the following issues are ruled out:

Many people also think that ADHD is just a disorder associated with wild and naughty kids. There are actually three subtypes of ADHD in children.

(1) The inattentive presentation: AKA 'The day-dreamer'

This subtype represents the dreamy and spacy kids. When you ask them a question they may respond with 'what?' showing that they weren't listening. When given directions they may wander off with the goal to complete a task, but get easily distracted by other things. They may stare off into space and seem relatively low in energy. These kids often go missed in the classroom as they sit 'under the radar' and don't tend to have behavioural issues or get in trouble at school for being naughty, calling out or disrupting others. They can frustrate a teacher when they don't complete work, but generally these kids will underperform as they often get less monitoring than the other subtypes.

(2) The hyperactive- impusive kid: AKA 'Tigger'

You may remember from Winnie-the -Pooh, Tigger the tiger who never stopped bouncing. These children with ADHD and inexhaustible energy. They bounce from morning to night and tend to get diagnosed quite early as their behaviours often exhaust both parents and teachers. These kids sometimes can find it hard to wind down at night, but others will crash as they have been running around all day. These kids are the ones who tend to always be seeking stimulations; they call out in class, often want attention from parents and their peers, and can't just sit and chill. If you confine them to a backseat of a car on a long trip, they will seek stimulation by bugging and irritating everyone in the car. They also often don't distinguish well between positive and negative attention, with their stimulation seeking brains just wanted a response from people, even if negative. These children can be impulsive and engage in dangerous behaviours. These kids will all their energy actually can have quite good attention skills. That is, even though they are running around, they can take directions and repeat them back. Whether or not they comply though is based on whether they have comorbid Oppositional Defiant Disorder, that can often go hand-in-hand with children with ADHD, and particularly this subtype. These kids are high-spirited!

(3) The Combined Subtype: Both inattention & hyperactive/impulsive

These kids have issues with focusing as well as the high level of energy and impulsivity. They can't sit still, and even when they are sitting still they still can't focus. This means that not only are these children with ADHD likely to underperform academically, they are also likely to get into trouble at school and with their peers socially. This puts them at very high risk for emotional issues such as depression and low self-esteem.

Accurate assessment in ADHD is essential in children, not only in understanding which of the subtypes they fit, but also understanding how it is affecting their schooling. Bright children may be able to compensate, however, many children underperform and this can create massive levels of frustration.